What is Christian Science? 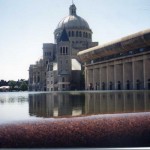 Christian Science is a world-wide religion that is based on the words and works of Christ Jesus and draws its authority from the Bible. Its teachings are set forth in Science and Health with Key to the Scriptures by Mary Baker Eddy.

Although a distinctive part of Christian Science is the healing of disease by spiritual means alone, its higher purpose is universal salvation from every phase of evil – including sin and death. (“Heal the sick, cleanse the lepers, raise the dead, cast out demons: freely ye have received, freely give.” — Matthew 10:8). 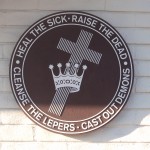 Christian Scientists believe in one infinite God who is All and all-good. They believe that God is not distant and unknowable, but that God is all-encompassing and always present, and that each individual is loved by God, cared for by Him, and made in God’s image—spiritual, not material.

Christian Scientists, basing their faith on the teachings of the Bible, believe in Christ Jesus as the Son of God, or promised Messiah. And they believe that Jesus’ teachings and healing work expressed scientific Christianity, or the application of the laws of God—laws which are still practical and provable today, by anyone, anywhere. Christian Scientists consider the Ten Commandments, as well as Jesus’ Sermon on the Mount, to be central to their lives and practice of Christianity.

Above all, Christian Scientists believe in the saving, healing power of God’s love—that no one is beyond redemption, that no problem is too entrenched or overwhelming to be addressed and healed. In other words, Christian Scientists don’t believe that salvation occurs at some point in the future, but that the presence of God’s goodness can be experienced here and now—and by everyone.

* Tenets found in the Christian Science textbook, Science and Health with Key to the Scriptures, and in the Manual of the Mother Church.

For more information about the foundations of Christian Science, please refer to: